a body of peer reviewed, publicly available, scientific evidence demonstrating that the method they are referring to meets their training goals better than alternative methods.

There’s a lot packed into this definition, so let’s take it apart and figure it out piece by piece: 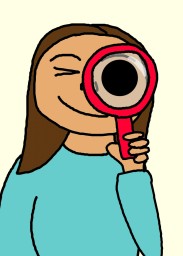 For the rest of this post, I’ll think about what it means for there to be a body of peer-reviewed, publicly available scientific evidence.  In the next post in this series, I’ll consider other parts of the definition, the ones that relate to particular dog training methods.

It is not enough to find one experiment that supports what you already believe is true. One experiment can be mistaken or be inappropriately influenced by a unique experimental setup or idiosyncratic features of a particular scientist or laboratory.

There are too many cases where one or two scientific research studies support one side of a debate and hundreds of research studies that support the other side of a debate. For example, a 1998 research study suggested a link between childhood vaccination and Autism, but since then there have been many studies demonstrating that there is no such connection. Unfortunately, there are still people who point to that one study as an argument for not vaccinating our children, even though there is an overwhelming body of scientific evidence showing that we should. This sort of mistaken use of scientific research is not uncommon.

One experiment or one scientific publication should, at most, give you something to consider. Before you start drawing conclusions about what you, or anyone else, ought to do, you need to be able to draw on a bunch of scientific experiments, and you need to make sure that you are fairly considering all the evidence.

Peer review and public scrutiny are crucial tests for scientific knowledge. Peer review means that the research was sent to experts in the field who carefully and critically checked it for errors and assumptions. They evaluate things like the theoretical perspective underlying the research, the choice of experimental methods, the way the experiment was conducted and the data collected, the way that the data was analysed, and whether the conclusions that the authors make are justified by their data.

It is worth noting that mistakes can still get through the peer review process.  But it is an important quality control mechanism that makes scientific knowledge as reliable as possible.

Public availability is also important. It should be possible to go to the library or go online and get the actual research publications. This lets the scientific community (and you if you feel like it) see how the researchers got their results and test those results for themselves.

Peer review and the public availability of research are important because they make scientists show their work–everyone is invited to check the facts and reasoning that researchers use to support their conclusions.

This way of thinking about what it means for a training method to be scientific emphasises the fact that science is never about one person or about one experiment. Science is a public, social activity. It depends on lots of studies, conducted by lots of people, in lots of places. These studies are performed by groups of people, they are reviewed by different groups of people, and they are available to anyone who wants to read them. This makes scientists, and the research they produce, accountable to the broader scientific community and accountable to you and me as well.

Note: This is the second post in a five-part series about what makes a dog training method scientific.

2 thoughts on ““My method is scientific” 2: What does this even mean?”